Corned beef might just have a more illustrious history than many famous figures. The earliest noted reference to the meat dates to the 12th century, when it was called the “demon of gluttony” in an Irish poem about a king who gorges himself on corned beef. The personified “demon” beef goes so far to say it would ruin Ireland if the king could not rein in his insatiable taste for the dish.

Why was this so particularly “gluttonous” of the king? Salt, as well as beef, were precious commodities at that time. To eat corned beef would be a luxury, and perhaps a slap in the face to Ireland’s dairy industry, as the cattle were more valuable as sources of continual nourishment through milking. 12th century Ireland or 18th century France, gluttony is worse than greed when people are starving.

Speaking of which, corned beef may have contributed to the Great Potato Famine. The Anglo-Irish landlords exported the greatly un-luxurious luxury as a principal product of their cattle farms in the industrial age, and expanded the cattle’s grazing land as the import population–namely the English across the way–grew. They overtook the poor Irish tenant farmers’ areas for growing their main subsistence crop, further limiting potato production during an already tough time for the starch that kept Ireland alive.

So who ate the non-Irish, but Irish, food? Answer: non-Irish people, and most especially British sailors and French slaves, in the beginning. “Higher grade” beef made its way to the British and their men on the high seas, while “lesser grades” made it to French colonies to feed enslaved populations there. So corned beef has gone from the king’s dish to the lowest rungs of the social order–slaves and sailors (often petty criminals and impressed lower classes).

The tradition of feeding the military with corned beef continues today. Beef in cans became good enough for the boots on the ground, as well as sailors, in the Boer War and the wars following. And it was not solely for the British, the Americans and others used (and continue to use) the meat, too.

The last and probably greatest of all corned beef facts is the story of the corned beef sandwich that made it to space. NASA created “space food” to keep the astronauts full and healthy, meaning it was not so tasty. The men of Gemini 3 were tasked with testing out some new food fresh from the lab, and astronaut John Young seemed to not find this prospect very appetizing. So, before boarding the Gemini craft, he got a corned beef sandwich to go from a hotel restaurant in Cocoa Beach and tucked the contraband in a pocket of his spacesuit.

Upon finding out about the sandwich, congressmen supporting the mission became angry and had NASA put it on the books that such an event would never occur again. The fear was that floating crumbs could damage equipment or the astronauts (if inhaled). When Young commanded the first space shuttle mission years later in April 1981, he made it the first flight with corned beef as a meal option. Be sure to watch Canadian astronaut Chris Hadfield make a sandwich on board the ISS back in 2013. Oh, how times have changed.

Corned beef continues its Irish and simultaneously not Irish legacy today, with most of the canned corned beef coming no longer from Ireland, but from Brazil. Some may contest eating corned beef on Saint Patrick’s Day, since the Irish do not really eat it nor celebrate Saint Paddy’s with the same zeal as those of us across the Atlantic. But this celebration and the famed meal of choice are about Irish symbolism and the greatest Irish export of them all–the people. Irish-American immigrants forged their own identity in the New World and that included a “luxury” so long denied them–corned beef, best shared with a Jewish-American neighbor who most likely provided the brisket.

Great links are always found to other sources at the bottom of any Wikipedia article, if you’re looking for more information. 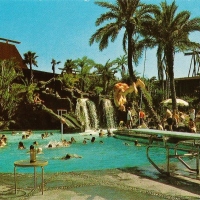