There is not, perhaps, a more amazing story of American valor and patriotism in World War I than that of the 369th Infantry Regiment.

But it is also perhaps the most disappointing because of the regiment’s reception by the American government and its white citizens. One might think that stopping a 24-man German advance with nought but a Bolo knife, the butt of his rifle, and his fists would earn Hellfighter Henry Johnson some sort of American recognition, but that did not happen until two years ago in 2015, when Johnson no longer had any living relatives to accept his Medal of Honor. The Harlem Hellfighters deserve a better story than this, but hopefully it inspires a commitment to listen to diverse experiences before it’s too late to make a difference.

The 369th developed from the 15th New York National Guard Regiment. Henry Johnson, originally from Winston-Salem, North Carolina, ended up in Albany, New York, along with many other African-Americans during the Great Migration which began around 1916. The hope was to find a better life in the North–in some ways proving true, in other ways not. Up until the point the United States entered the Great War in 1917, it largely kept black men out of combat units, though no shortage volunteered to serve.

With the declaration of war, the American military realized it needed as many able-bodied men as possible to take up arms and fight off the Germans. Thus, the 369th Infantry Regiment began. For the first time, black men could become officers–though only in segregated units. It pulled largely from the all-black New York National Guard Unit, formed in 1913 by order of the state’s governor at the time. Many African-Americans saw this as an opportunity to prove themselves to a racist society; this means the situation was so dire, they were willing to die (in a War that totaled 11 million military deaths, they were almost guaranteed death) to improve their situation.

The first evidence that their service would change little came during their training at Camp Wadsworth in Spartanburg, South Carolina, when local stores refused to sell to the men. In a rare exhibition of cross-regimental brotherhood, white soldiers came to their aid in a shop. Afraid of violent backlash from the community, one of the 369th’s officers–Lieutenant James Reese Europe–and Noble Sissle (who became an officer by the end of the war) led the men out. From that point on, however, many of the men from the white 27th and 71st Divisions did not buy from stores that didn’t serve the 369th.

This camaraderie between the 369th and others seems to have been an anomaly. When the government sent the regiment overseas, it did not assign the men to an American division; many of the white American men did not want African-Americans serving alongside them in combat, where they would be equals and enlisted whites would have to show due deference to any black officer. So the 369th was assigned to a French division, instead, where they encountered racism to a much lesser degree.

However, the American Expeditionary Force tried to incite racism among the French by issuing a pamphlet–“Secret Information Concerning Black American Troops“–in which it called African-Americans inferior, dangerous, “a constant menace,” and rapists. It was commanded that French officers not even shake hands with black officers and that French towns not “spoil” black soldiers. As much of Europe claimed over time that there existed a “Jewish question” to which Nazi Germany’s answer was extermination, this article references a “color question” in the United States.

The white American troops missed out on the support of what turned out to be one of the most heavily decorated American units of World War I (though often by France, and not the United States). The regiment fought so well that it did not lose a single foot of ground and the Germans did not successfully capture a single soldier. Its victories were well-known and respected among the regiment’s enemy, who gave the men their “Hellfighters” nickname. The French called them the “Men of Bronze,” and others called them the “Black Rattlers” (perhaps from their adopted motto of “Don’t Tread on Me”).

The Germans, who gave the Hellfighters their name, developed propaganda specifically targeted to black soldiers–calling them to take up arms against the country that continued to oppress them. This only seemed to embolden the Hellfighters’ efforts to earn the respect of the United States.  In one particularly victorious effort, the regiment captured the strategically significant town of Séchault, advancing so much faster than the French that they risked being surrounded. When they finally slowed, the Hellfighters had covered nearly nine miles of German ground.

A hero among heroes, Henry Johnson has the most valiant story of them all. Assigned to observation duty one night near the Argonne, Johnson and fellow 369th soldier, Needham Roberts, came under attack. After expending all their ammunition, Johnson and Roberts resulted to physical force. Roberts lay wounded while Johnson tore through the 24-man raid with his Bolo knife, rifle butt, and his own fists. He saved the post from capture and suffered 21 wounds in the process.

This event earned him the name “Black Death,” and the French awarded him the Croix de Guerre with the Palme d’Or for extraordinary valor–the first American to receive this honor (the highest in the French military) in World War I. Roberts survived, thanks to Johnson, and also received the Croix de Guerre, along with 500 other Hellfighters. When Johnson returned to the United States, the government paid him to lecture as a representative of black American troops.

While in Saint Louis for a lecture, he ventured away from “approved” subjects, and talked about the serious discrimination black troops faced from their white brothers-in-arms during the war. Shortly thereafter, Johnson was arrested for wearing his uniform past his commission–something the government most likely encouraged him to do while lecturing. The lectures came to halt. Johnson’s valor faded into obscurity, and President Barack Obama posthumously awarded he and Roberts the Medal of Honor nearly one hundred years later.

The Harlem Hellfighters and their popular band received a hero’s welcome upon arrival in New York City, where they paraded down Fifth Avenue. But America soon forgot about Johnson and his comrades as racial tensions grew worse, when they had expected things to improve. But this does not seem so surprising, as the promises of World War I never held in any realm, giving way to World War II. Heroes like Henry Johnson and the Hellfighters never quite get the due they deserve, and certainly not in a timely fashion, and only educating one another can change that.

It should be noted that Johnson’s son served in World War II as one of the famous Tuskegee Airmen. 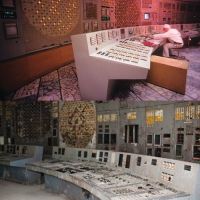 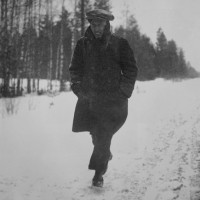