In a way, the “Flying Dutchman” is real…

…in the sense that a specific interaction between light and atmospheric conditions causes the human eye to perceive something that’s not actually there. It’s nothing more, nothing less than a “superior mirage,” which occurs when air near the Earth’s surface is colder than the air above it (called temperature inversion–air near Earth’s surface is generally warmer than air above it). This weather condition can cause the formation of an “atmospheric duct,” which refracts light waves, making a ship appear to “fly” over the horizon line. It does not magnify the object, however, as this 19th century engraving erroneously depicts.

This combination of inversion and ducting is also responsible for the “green flash” phenomenon at sunset or sunrise, the mirage of seeing distorted or multiples of astronomical objects like the sun or moon, and the Novaya Zemla effect where the sun appears to rise earlier than it should in polar regions due to differing temperatures across atmospheric strata and the curvature of the Earth. It can also enable individuals to pick up radio signals otherwise too far to reach. 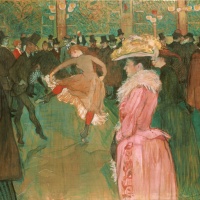